The event, which was sponsored by Salesforce, State Street, Coca-Cola, Marks and Spencer, Microsoft, Tesco and the Dalata Hotel Group, marked the end of Stand Up Awareness Week and doubled its fundraising target of €25,000.

The event was hosted by actress and comedian Tara Flynn, with a raffle led by former BeLonG To member and online influencer, James Kavanagh. Eamon O’Connor of Adams Auctioneers conducted an art auction at the event with stunning artwork donated by prominent artists including Steven Mannion Farrell, Maser, Marian Buckley and Joe Caslin. 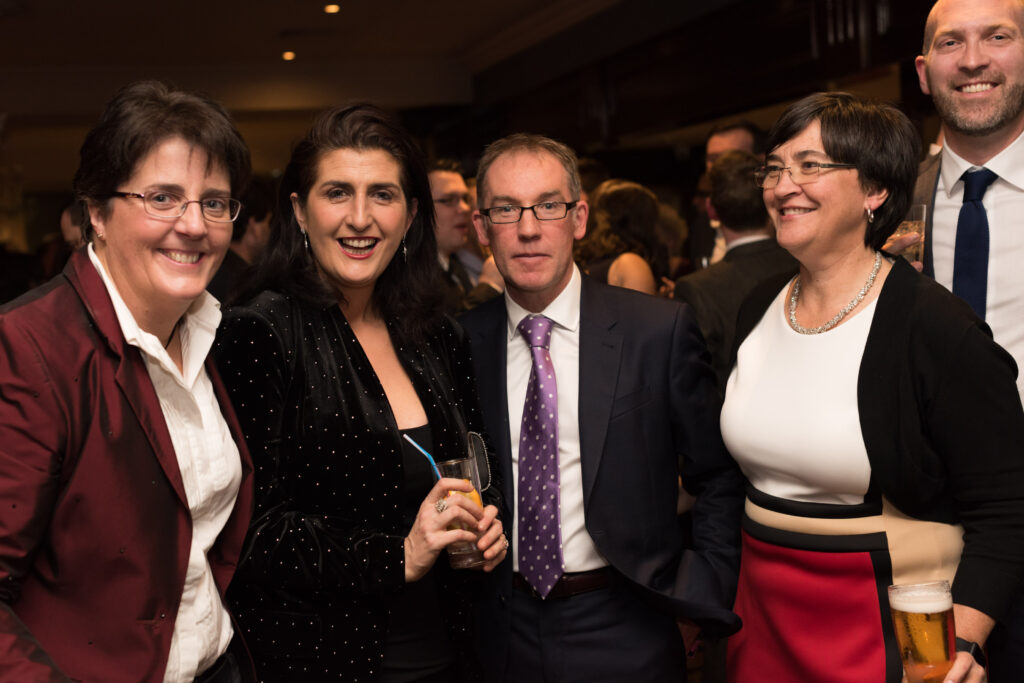 Entertainment was provided by The Bugle Babes and Rocky Delgado from the Mother DJs, ensuring all guests had a fantastic night.

Speaking on the night, 19-year-old Katie McCabe spoke about the difference BeLong To has made to her life: “the first day I went to BeLonG To, I was so scared. Going from the terror and panic I felt to being accepted was remarkable.”

Kirsty Donohue, mother of Dylan, a BeLonG To service user shared the incredibly moving story of her son’s transition with guests at the event: “Our son emerged, he blossomed and he grew. His mask has finally been removed.”

The money raised will fund Stand Up Awareness Week, which tackles homophobic and transphobic bullying in schools by increasing awareness, friendship and support of LGBTI+ students by other students and teachers.